The Pluvio table draws its reference from the current of Surrealism, an avant-garde artistic movement of the twentieth century, based on that process in which the unconscious emerges during dreams by generating visions transfiguring reality, triggering emotional reactions in the spectator.

Pluvio, from the Latin “pluvia”, rain, is a table featured by a marble top that appears liquid, as rippled by an invisible drop falling from above: the result is an elegant and unusual wave effect, an illusion of movement created with profound craftsmanship.

The table is framed by a metal profile that also characterizes its base, creating a refined material contrast and giving the object additional visual lightness. The base is matched to the top, without depth processing, with the option of customizing it with other color variations or finishes.
Upon request, it is also possible to complete the product with a coordinated Lazy Susan: a dining or office table characterized by an elegant distinctive feature, which fits both in classic or modern environments originally, for different use destinations, covering areas from residential to hospitality, from corporate places to retail.

The idea is to create a design element in balance between technical ability, amazement, refinement and elegance, offering a contrast between the solidity of marble and the fluidity of the water. 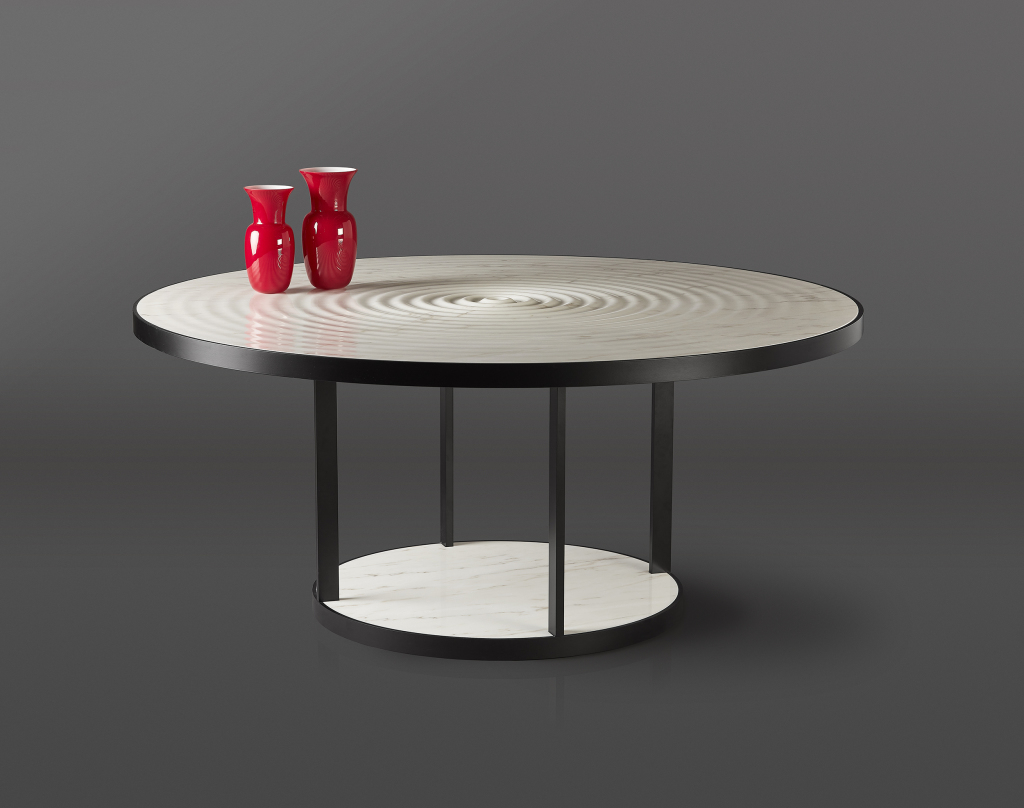 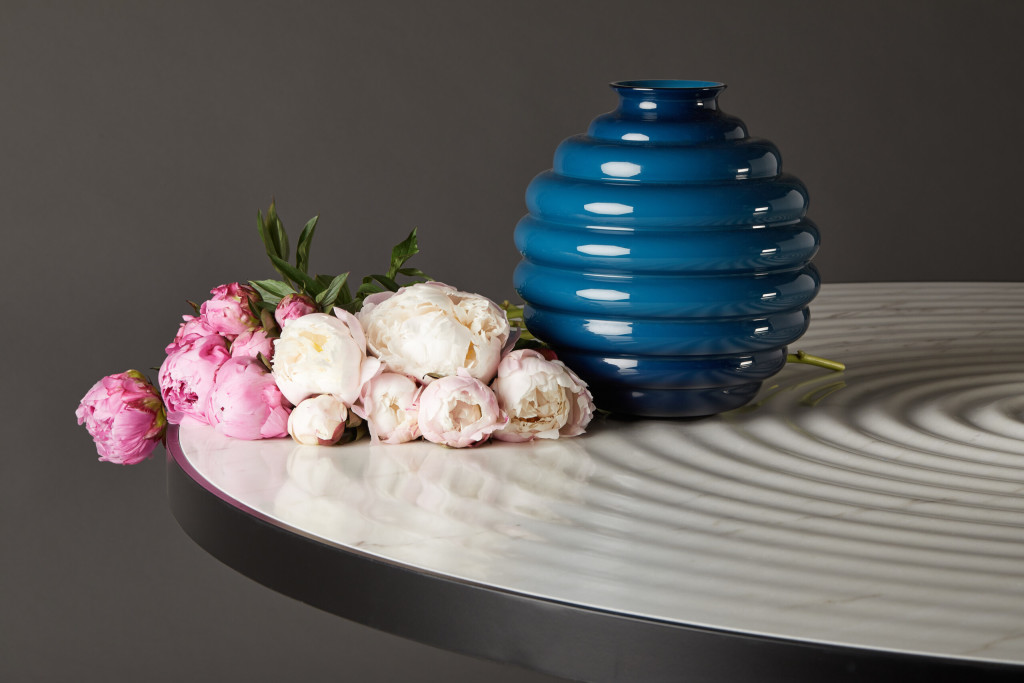 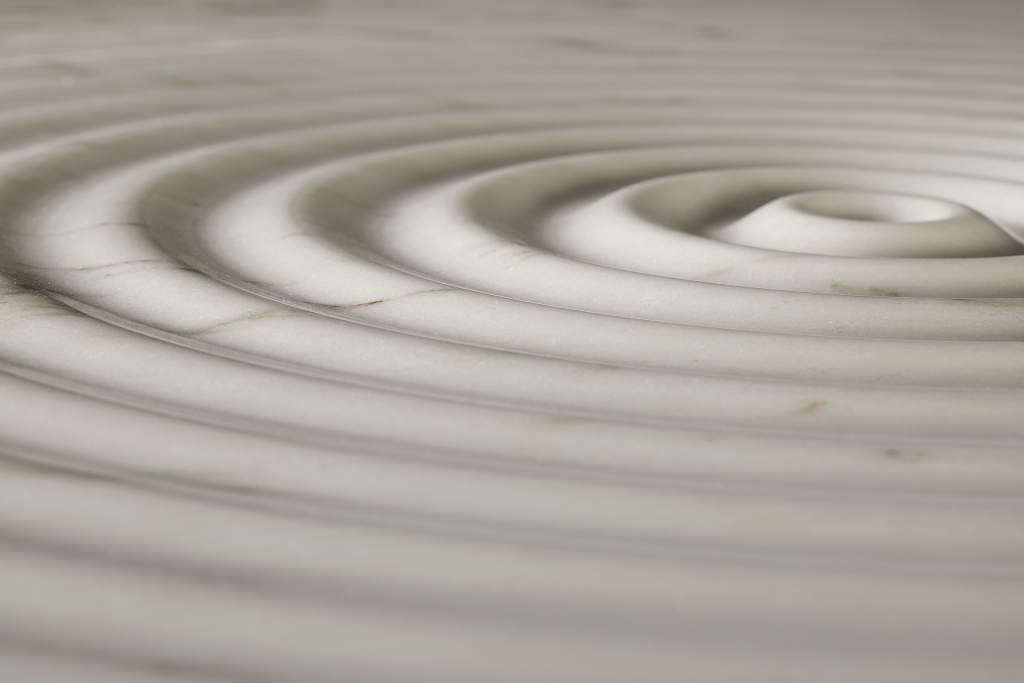 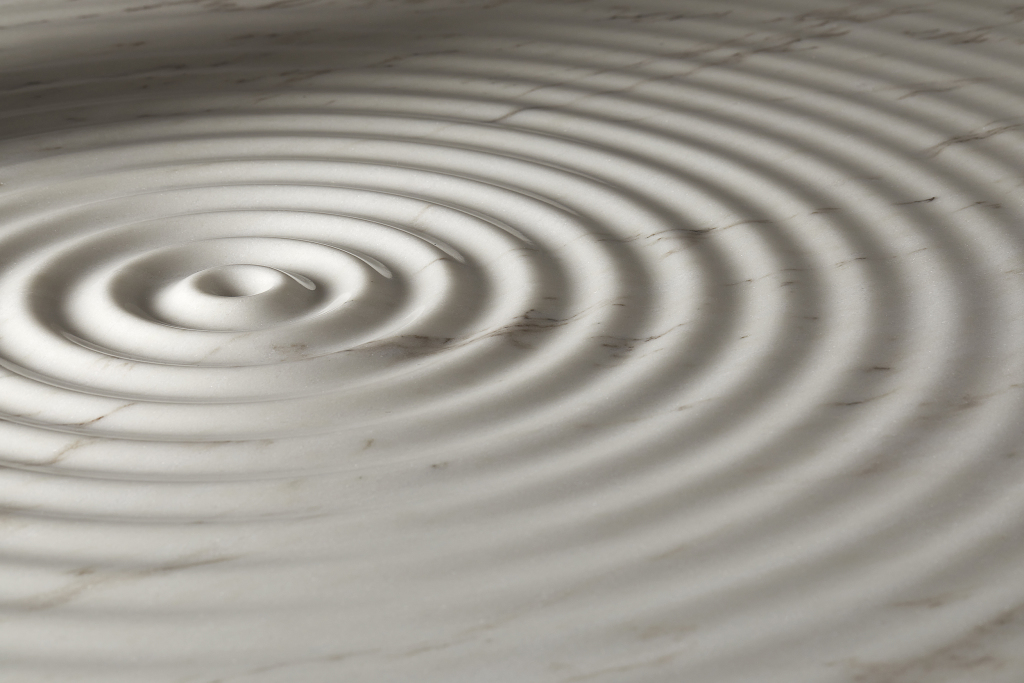